By The Hulk,
September 7 in Malibu Boats - General Discussion Area 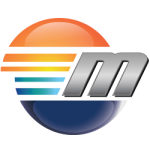 If Malibu would change the design/look of the tower it would be almost sacrilegious IMO.  It's the one boat that all of us can identify immediately on the water from 50 yards or 500 yards.  The silhou

Sounds like a bunch of crap that maybe 5 people would want. Vinyl panels on a tower?  How about some shag carpet too

Heard the 29LSV is going to have dual telescoping towers with stairs and a platform option for lounging on the top deck.